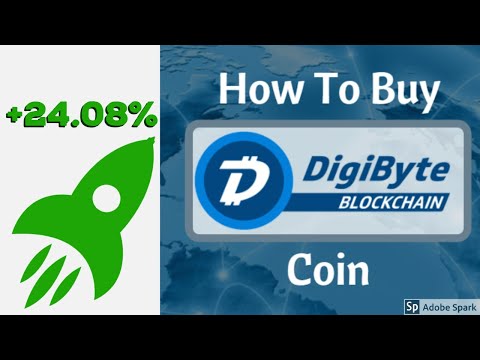 A Spy in the House of Byrne—The Ledger

_(This week’s Ledger newsletter is by David Z. Morris)_The crypto industry can be roughly divided into two groups. On the one hand, there are “crypto native” companies creating new things from scratch (think Binance or Brave). On the other hand are existing operations trying to use blockchain tech to get a further edge (think ICE’s Bakkt or Facebook’s Libra).
And then there was Patrick Byrne, who had a foot in both worlds—sometimes uncomfortably.
The CEO for two decades of e-commerce pioneer Overstock.com, Byrne became a vocal crypto proponent around five years ago, and has worked since then to position the company as a blockchain leader. Overstock was the first major online retailer to take payments in Bitcoin, starting in early 2014. The same year, Byrne began work on “tzero,” a blockchain-based alternative to traditional securities exchanges. Then he founded Medici Ventures, a venture fund and incubator that houses 18 blockchain startups within Overstock.
And now, it appears, he’s gone. Byrne resigned suddenly as CEO of Overstock last Thursday, after mounting controversy surrounding his past romantic relationship with alleged Russian agent Maria Butina. Butina is now serving an 18 month prison sentence for conspiring to promote Russian interests through conservative U.S. political groups.
Byrne’s statements on the matter have been vague and conspiratorial, including references to the “Deep State” and “Men in Black” who Byrne says drew him into “certain government matters.” He subsequently made detailed claims that the FBI directly encouraged his relationship with Butina circa 2016 as part of an investigation into Russian activities (claims dismissed by then-FBI director James Comey). Byrne says he’s resigning because these entanglements “may affect and complicate all manner of business relationships,” and that he’ll be “disappearing for some time.”
This is the sort of weirdness you’d expect from the wild-west world of crypto-natives, not a public company valued at more than $1 billion as recently as a year ago. But Byrne was known as a bit of a loose cannon well before Bitcoin was invented, most notably for his aggressive (and also frequently conspiratorial) campaign against naked short sellers. (You can read _Fortune’s_coverage of those battles here.)
This very enjoyable profile from Forbes dives into Byrne’s privileged and unconventional background—he has a PhD in philosophy from Stanford, and is apparently close friends with Warren Buffet through Byrne’s father. It also paints Byrne as easily distractable, and Overstock’s blockchain ventures as a boondoggle that’s destroying a once-profitable company.
The boondoggle part might wind up coming true, but if Overstock’s blockchain efforts are a risky bet, they’re anything but a lark. I spent some time at the company’s headquarters in Salt Lake City this past spring, and with Medici, Byrne has built a team that’s both technically savvy and fairly unified in its deeply-held crypto-native worldview. Most notably, Medici is a hotbed of thoughtful skepticism towards government, with managers and coders ranging from left-wing anarchists to free-market libertarians. There are even signs that Overstock’s presence is helping turn Salt Lake City into a blockchain hub with its own unique feel—for instance, the Off Chain conference there caters to the overlap between crypto, firearms, and “prepping.”
Byrne himself often described his worldview in libertarian terms, and he’ll be succeeded by Jonathan Johnson, who shares much of Byrne’s outlook on both politics and blockchain. Johnson is currently head of the Medici unit, and he’ll shoulder Byrne’s CEO duties on an interim basis. He’s a steady, composed counterpoint to Byrne’s swashbuckling verve, as well as a thoughtful strategist. Most significantly, his rise to the head job, even if temporary, signals that Overstock intends to stick with its blockchain bets.
The question now is whether some of those bets hit before Overstock’s retail revenues fade.
One final note: We’re running lean here at The Ledger this month, in part because Jeff Roberts is on book leave (look for his cryptocurrency magnum opus from Audible soon). That’s why they handed the reins over to me, the new guy. I recently joined the Fortune team from BreakerMag, a now defunct but much-loved blockchain-focused publication. In addition to reporting on the world of digital assets and decentralized technologies, I’ll be writing about A.I., Tesla, and other techie matters. I’ll also be authoring this newsletter every once in a while—hopefully, from here on out, with a header that actually has my name on it. Glad to know you.
David Z. Morris |@davidzmorris| [email protected]
* More Details Here

Last week’s departure of Overstock CEO, Patrick Byrne, is unlikely to alter the online discount store’s ambitions towards crypto and blockchain. The libertarian made Overstock one of the first retailers ever to accept bitcoin way back in 2014, making it a pioneer in the industry. No Change of Tack by New CEO. Overstock’s new interim boss, Jonathan Johnson, said that he has no plans to ... In recent news, Patrick Byrne, the long-time CEO of Overstock has announced in a letter to shareholders, that he is stepping down from his position. His position will be temporarily replaced by ... Read the story Binance CEO: Amazon Will Be Forced to Issue a [Crypto?] Currency Sooner or Later posted in our category on CCN.com here. Menu. Binance CEO: Amazon Will Be Forced to Issue a [Crypto?] Currency Sooner or Later. By: W. E. Messamore ; Published: 2 years ago ; Facebook . Twitter . Speaking exclusively with CCN.com, Binance CEO Changpeng Zhao debunked Crypto Twitter's hysteria about t With the announcement of Byrne's departure, the stock price went up significantly. As the founder & CEO of the online retailer, Byrne made Overstock.com one of the leaders in online commerce. In 2014, many leading economists criticized Byrne's decision to accept Bitcoin in 2014 saying that Bitcoin was for people who did not understand money. Patrick Byrne, CEO of Overstock, ... six laptops and create not only a functioning society but arguably one with the most advanced government systems in the world. We could bring them a central bank on the laptop. Everyone in Venezuela downloads a free app, and suddenly you have the most advanced monetary system on the planet “. Byrne also revealed that he expects to conclude a contract with ... The innovative platform began offering Bitcoin in 2014, and at the time of writing – mid 2018 – eToro has 10 cryptos available to buy outright. These are as follows: Bitcoin; Bitcoin Cash; Ethereum; Ethereum Classic; Dash; Ripple; Litecoin; Stellar; NEO; and EOS. The motto at eToro is “Cryptos Needn’t Be Cryptic” and the team are always trying to educate users about cryptocurrencies ... Overstock teamed up with Coinbase to make it possible. Patrick Byrne, CEO of Overstock, told Telegraph the following: “Bitcoin is well suited for online transactions. It has no transaction fees and works well for international customers. Providing this convenience for the cult-following Bitcoin customer is the smart thing to do. Other online ...

My Brief 'History' of Bitcoin Dominance

Published on Oct 21, 2014. Jason Burack of Wall St for Main St had on American entrepreneur, e-commerce pioneer, CEO and chairman of Overstock.com and Bitcoin entrepreneur, Patrick Byrne. Patrick ... Day 2 of Bitcoin 2014 Conference was held on May 16, 2014. -Keynote Address by Dr. Patrick Byrne, CEO of Overstock -Annual State of Bitcoin Address by Gavin Andresen, Chief Scientist of The ... How about Binance? In this video we will show how these players are all connected. Plus, suspicious mining activity since the start of the Ravencoin mainnet launch. Tune in to find out more!!! � Bitcoin Needs Your Face! http://blog.easybitz.com/2014/10/19/bitcoin-needs-your-face-video/ The media has worked hard make the world think of us bitcoin a ce... Live Bitcoin Trading With Crypto Trading Robot DeriBot on Deribit DeriBot Backup 967 watching Live now Ripple 's Simple Goal Of Making XRP The World’s Reserve Digital Currency - Duration: 33:13. Digibyte cryptocurrency presents the longest blockchain in the world created in 2014 and still running. It was one of the first altcoins which released ICO campaign in order to successfully place ... There is considerable risk in bitcoin, altcoin or world market trading, and may not be suitable for all investors. Any trading involves risks including, but not limited to, the potential for ... Byrne has been an early advocate for digital currencies and their potential to protect financial wealth from the massive policy missteps being undertaken by the Federal Reserve. (In 2014 ... In this video I will walk you through registering your Binance exchange account and use all the available security features including setting up your two factor authentication app to safely secure ...